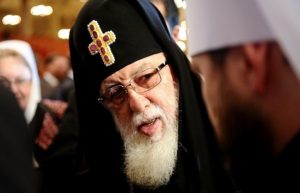 The Georgian Orthodox Church will not take part in the Pan-Orthodox Council to be held in Crete on June 17-27. The relevant decision was taken at a meeting of the Church’s Holy Synod held in Tbilisi on Friday presided by Ilya II, the Catholicos-Patriarch of All Georgia.

The Georgian Orthodox Church has confirmed local media reports on the issue in an interview with a TASS correspondent.

Over the past days several Orthodox Churches have refused to attend the Pan-Orthodox Council. The Bulgarian Church was the first to declare it will be absent. The Patriarchate of Antioch (Syria) followed. And the Serbian Orthodox Church declared its refusal to attend on Thursday.

Should at least one of the local Churches be absent, the Council will not be considered Pan-Orthodox and its decisions will not be mandatory for those not in attendance. The Russian Orthodox Church on June 10 put forward an idea of convening a consultative meeting first. In the meantime, the Synod of the Patriarchate of Constantinople made a decision to go ahead with preparations for the Council as planned.