The History of  True Orthodoxy 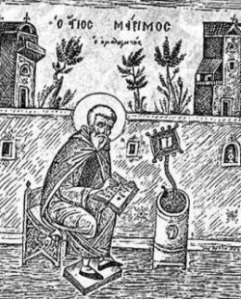 According to the Acts of the Apostles, the disciples of Christ and the first converts to the Apostolic Faith became commonly known as the ‘Christians’. St. Ignatius of Antioch and many other early Church Fathers began using the term ‘Catholic Church’ in reference to the Universal Body of Christ. The First Ecumenical Council affirmed the belief in ‘One Holy Catholic and Apostolic Church’ — ‘One’ just as Christ is One; ‘Holy’ because God is Holy; ‘Catholic’ as the Church is Universal and for all tribes and tongues; and ‘Apostolic’ because Christ founded the Church on the confession of His Apostles.

Due to heresies (i.e., false teachings) which arose in the first and second centuries, and continue to rise even in our times, the Church took on the name ‘Orthodox’ (‘aright-believing’) to distinguish Itself from the false believing heretics. Unfortunately, many times in the history of the Church, the heretics were in power, taking control of the Patriarchal Sees and falsely calling themselves “Orthodox”. In such cases, the true Orthodox were persecuted and driven underground or into the wilderness for the sake of preserving their pure confession of the Orthodox Faith. But our loving and compassionate Lord has always given signs of hope and assurance to the true Orthodox Christians, strengthening them, so that they may endure until the end and stand fast and keep their confession, even until their last breath.

One such sign was the Holy Cross which appeared in the heavens over the Holy Land during the reign of St. Cyril of Jerusalem, at a time when the Church was plagued by the Arian controversy. Such dark times were those of St. Gregory the Theologian. At this point in time, St. Gregory and his followers broke off ecclesiastical communion with the heretics, so as not to be corrupted by them. The heretics however, having control of the patriarchal sees, continued to call themselves “Orthodox”, even though in reality they were not. Therefore the followers of St. Gregory the Theologian called themselves “Genuine” or “True” Orthodox Christians, so as to distinguish themselves from the false so-called “Orthodox”. In reply to why the “Genuine Orthodox Christians” warded themselves off from the heretics, St. Gregory the Theologian wrote: “For we are not striving to conquer, but to bring our brothers—separation from whom brings us great distress—to our side.” —Patrologia Graeca, Vol. xxxvi, col. 440B (Oration 41: “On Pentecost”).

Another True Orthodox hierarch who was a contemporary of St. Gregory the Theologian was St. Basil the Great, who wrote: “A Church pure and untouched by the harshness of our times is not easily found and from now on rarely to be seen—a Church that has preserved the apostolic doctrine unadulterated and inviolate!… Beloved brethren, we are small and humble, but we have not accommodated our faith according to changing events. We do not have one faith in Seleucia, another in Constantinople, another in Zelis, another in Lampsake, and a different one for Rome. The faith that is professed today is not different from the one that came before; it is the one and same faith.” —St. Basil the Great, to the Evaisenians. (A.D. 376) After the Second and Third Ecumenical Councils, the Church was finally restored, and Orthodoxy triumphed once again.

Yet another great champion of Orthodoxy against Arianism was St. Athanasius the Great. In his letter to the fourth century True Orthodox Christians, he wrote, among other things, the following words: “May God console you! … What saddens you … is the fact that others have occupied the Churches by violence, while during this time you are on the outside. It is a fact that they have the premises—but you have the apostolic faith. They can occupy our churches, but they are outside the true faith. You remain outside the places of worship, but the faith dwells within you. Let us consider: what is more important, the place or the faith? The true faith, obviously. Who has lost and who has won in this struggle—the one who keeps the premises or the one who keeps the faith? … No one, ever, will prevail against your faith, beloved brothers, and we believe that God will give us our Churches back some day. Thus, the more violently they try to occupy the places of worship, the more they separate themselves from the Church. They claim that they represent the Church but in reality they are the ones who are expelling themselves from it and going astray. Even if Christians faithful to tradition are reduced to a handful, they are the ones who are the true Church of Jesus Christ.” —Coll. Selecta SS. Eccl. Patrum. (Caillu and Guillou, Vol. 32, pp 411-412).

Another terrible apostasy occurred during the life of St. Maximus the Confessor. Although only a monk, he broke off communion with all those who fell into the heresy of Monothelitism. When questioned as to why he was not in communion with the Patriarch of Constantinople, St. Maximus replied: “Even if the whole universe holds communion with the Patriarch, I will not communicate with him. For I know from the writings of the holy Apostle Paul: the Holy Spirit declares that even the angels would be anathema if they should begin to preach another Gospel, introducing some new teaching.” —The Life of St. Maximus the Confessor, Boston, 1982, pp. 60-62. When the Sixth Ecumenical Council was finally convened, all the heretics were anathematized. During all those years, that one simple monk was right, and all those notable bishops were wrong.

Among the most well-known times of apostasy are the dark years of the Iconoclastic Periods. The Iconoclasts were condemned by the Seventh Ecumenical Council, but Iconoclasm was not brought to a final end until the Council of the Triumph of Orthodoxy was convened under Empress St. Theodora.

Regarding the Latin-minded “Patriarch” Gregory III (1392-1445), St. Mark of Ephesus wrote: “For I am absolutely convinced that the more I distance myself from him and those like him, the closer I draw to God and all the faithful and Holy Fathers; and to the extent that I separate myself from these people, even so am I united with the truth and the Holy Fathers and theologians of the Church.” —St. Mark of Ephesus, Patrologia Graeca, Vol. clx, cols. 536c and 537a.

It is interesting that St. Mark of Ephesus not only resisted communion with the heretical Patriarch while alive, but even after death he refused any form of communion. “I neither desire,” this Atlas of Orthodoxy declares, “nor accept communion with him [i.e., the Latin-minded Patriarch] or his lackeys, in any manner whatsoever, whether during my lifetime or after my death’; ‘just as throughout my life I was separated from them [viz., the Latinizers], so also at the time of my departure from life, and even after my death, I reject communion and union with them; and I adjure, I command, that none of them approach either at my funeral or at memorial services for me, nor even those of anyone else belonging to our faction, so as to attempt to associate and concelebrate with our clergy. For this is to mix what cannot be mixed. For it is necessary that they [viz., the Latinizers] be completely separated from us, until God grants the good amendment and peace of His Church.” —St. Mark of Ephesus, Patrologia Graeca, Vol. clx, col. 536c.

However, the greatest apostasy of all times was definitely that of the early 20th century. In the past, the Church has been attacked by several christological heresies [viz., heresies regarding Christ’s person, divinity, humanity, etc]. However, the turn of the 20th century marked the manifestation of various ecclesiological heresies [viz., heresies regarding the Church, Divine Grace, the Mysteries and Holy Tradition.] These modern ecclesiological heresies include Rennovationism, New Calendarism, Sergianism, Modernism and the Pan-heresy of Ecumenism. (For more information on these heresies, go to the Heresies Section.) These heresies became powerful forces, and, in collaboration with one another, eventually seized control of the patriarchal sees, of which they continue to occupy to this day. Another ecclesiological heresy, less severe than those listed above, is that of Florinism (or Cyprianism), which caused further schisms.