“The Council in Crete is neither Great, nor Holy, nor Pan-Orthodox” 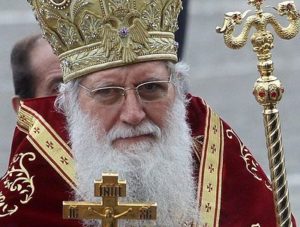 (The following is a summary of the Decision based upon an automatic translation and separate summary, and not the final and official translation. We expect a full English translation soon.)

The Holy Synod of the Bulgarian Orthodox Church has issued its final decision on the Council in Crete and the text “Relations of the Orthodox Church with rest of the Christian world.” In a unanimous decision, with the full hierarchy present at the meeting, which took place on the 15th of November, 2016, the Holy Synod:

In conclusion, the Holy Synod summarizes its decision, stating that it does not consider the Council in Crete to be either great, holy or pan-Orthodox, giving the following reasons and explanations:

The Bulgarian Orthodox CHurch is an integral and living member of the One, Holy, Catholic and Apostolic Church. As a part of the Body of Christ, the Bulgarian Orthodox Church will continue to be in fraternal, Eucharistic, spiritual, dogmatic and canonical communion with all other Local Orthodox Churches, both those which participated in the Council in Crete and those which did not. The Church is not a secular organization but a divine-human organism. The Church is not affected and should not be influenced in Her Way and Life by political and social interests and their respective divisions. Her Head is the Lord Himself, Jesus Christ, Who is “the Way, the Truth and the Life.”

Finally, the principles of autocephaly and catholicity in Church life not only do not contradict, but rather complement each other, stemming one from the other, being in complete unity.